If you’re looking for something to get you in the mood for Japan, here’s a list of my favorite movies, TV shows and documentaries on Japan. 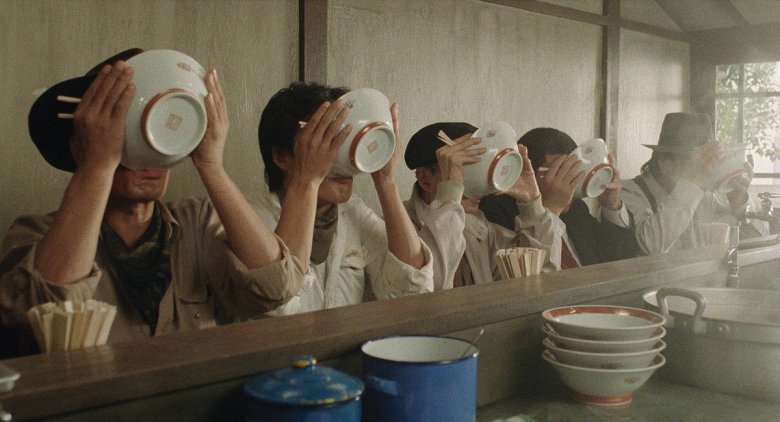 A still from the movie Tampopo

I cannot resist introducing one of my favorite bits of Japanese pop culture here: Genki Sudo and his group World Order. These suit-clad men look are a cross between Kraftwerk and the Rock Steady Crew. Their intricately choreographed videos, shot around the world, are some of the most interesting dance performances you will see anywhere. Here’s just a sampler:

For some book picks, see my Favorite Books on Japan page.