The Noto-hanto Peninsula offers stunning coastal scenery, small traditional villages, great onsen and some wonderful accommodations. Best of all, few foreign tourists know about it. But, there’s a catch: you’ll need a rental car to explore it. 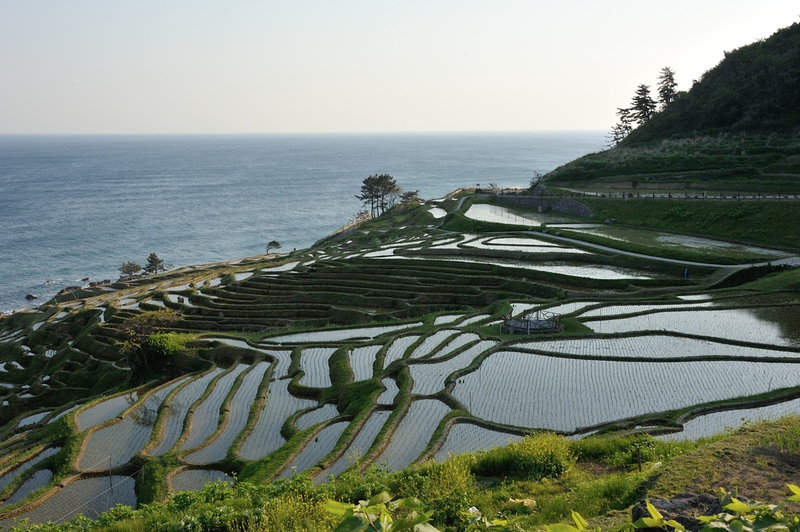 If you look at a map of Japan, you can’t miss the narrow peninsula that juts out from the middle of Honshu, pointing like an accusing finger at Sado-ga-shima and Niigata. That’s Noto-hanto Peninsula (“hanto” is the Japanese word for peninsula). Noto is one of the last areas in central Honshu to escape the ravages of mass tourism. For the most part, the only foreign tourists who make it up here are groups of wealthy Westerners on bicycle tours. 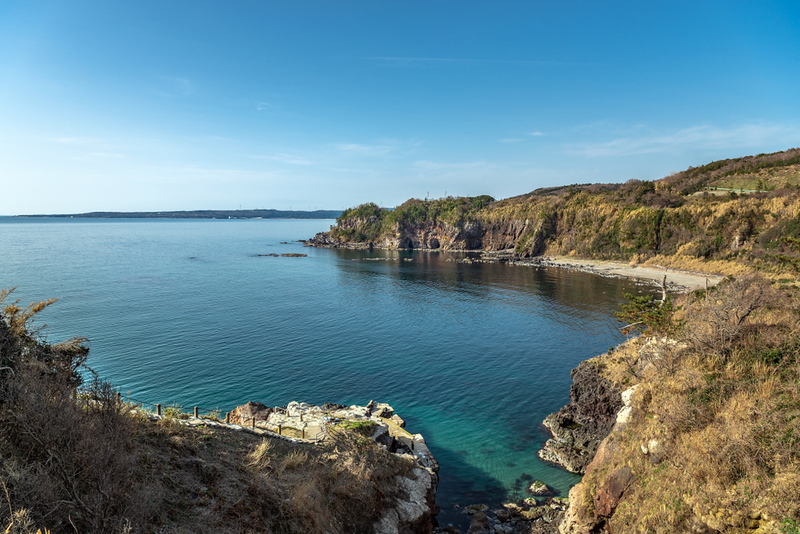 Noto is a great place for those who want to enjoy beautiful natural scenery and a taste of Japan’s traditional culture. It’s the perfect antidote to the crowds of Kyoto and the frantic pace of Tokyo. The best way to enjoy Noto is to rent a car and drive around the peninsula, stopping for two nights en route. Yes, you could get a good taste of the place with just one night there, but the whole point of coming to Noto is to relax, so why not take it slowly? There are several good ryokan scattered along the coast, and you’ll find hotels in Noto’s two main towns: Wajima and Wakura Onsen.

Note that all of the places mentioned in this article are shown on our Noto-hanto Peninsula map at the end of this article.

When Is the Best Time to Visit Noto?

Like the rest of lowland central Honshu, you can visit Noto at any time of year, but the best times are the mild seasons of spring (mid-March to the end of May) and fall (mid-September to late November). You can travel in winter, but the cold temps and raw wind might put a damper on your fun. Summer is okay, too, and the coastal breezes will make it more comfortable than the cities of Honshu, but it will still be pretty hot and humid.

Ganmon Rock on the west coast of Noto: rayints / Shutterstock.com

If you’re coming from Tokyo, the fastest and most convenient way to get to Noto is to fly from Tokyo’s Haneda Airport to the Noto Satoyama Airport, which is located in the middle of Noto. ANA offers two flights a day between Haneda and Noto. The flight takes about an hour and advance purchase tickets cost about Y20,000. After you arrive at the airport, you can pick up a rental car and drive to Noto. Toyota Rentacar has a branch inside the arrivals hall and you can reserve online in English. 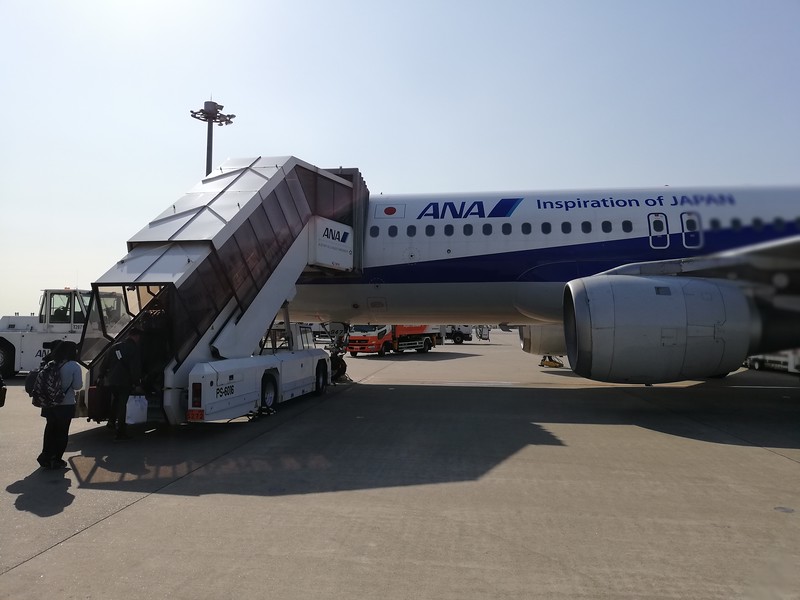 ANA plane on the tarmac at Haneda – image © Chris Rowthorn

If you’re using a Japan Rail Pass or coming from Kyoto etc, the best way to get to Noto is to take the JR Thunderbird limited express from Kyoto Station to Kanazawa Station. The trip takes about two hours and 15 minutes and costs Y6,380. There are hourly departures during the day. After you arrive at Kanazawa, you can pick up a rental car and drive to Noto. Toyota Rentacar has a branch right outside Kanazawa Station and you can reserve online in English. The car trip from Kanazawa to Noto takes about an hour.

As mentioned above, the best way to explore Noto is with a rental car, which you can pick up at Noto Satoyama Airport or Kanazawa Station. Yes, this is Japan and there are buses that serve the peninsula, but departures are few and far between and you’ll spend more time waiting for buses than sightseeing. A rental car, a motorcycle, or a good road bicycle is the only good way to explore Noto. Toyota Rentacar has a good English site and they can set your car navigation to English, so you should have no problems. Driving around the peninsula is easy: roads are generally uncrowded and there are plenty of English signs about.

If you’re starting in Kanazawa, it makes sense to pick up and drop off your rental car in Kanazawa. On the other hand, if you’re starting at Noto Satoyama Airport, you might consider picking up your car at the airport and then dropping it off in Kanazawa. Toyota Rentacar allows this. After exploring Noto, you can spend a day or two exploring Kanazawa, then head down to Kyoto by train, explore that city, and then return to Tokyo by shinkansen. In either case, you should aim to drive around the coast of Noto hitting as many of the following spots as you wish.

Try to pick up a copy of the excellent English-language Oku-Noto Road Map. You can get it at the Noto-Satoyama Airport tourist information counter. You can also get it at the Tourist Information Office inside JR Kanazawa Station. This detailed map lists all the main points of interest on the peninsula and the road map is extremely useful. Here’s what the map looks like: 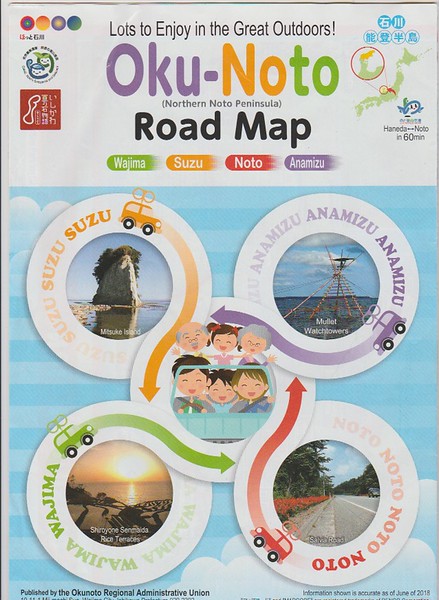 Things to See and Do in Noto

We’ll describe the sights of Noto as if you were driving north from Kanazawa and working your way around the peninsula in a clockwise direction (so, working up the west coast from south to north, and then driving south down the east coast of the peninsula). If you’re arriving at Noto Satoyama Airport and heading to Kanazawa, you might consider reversing this order. 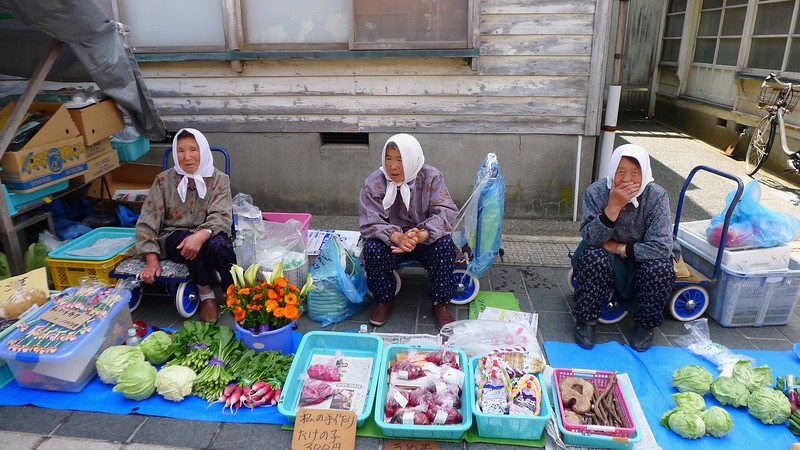 The west coast of Noto is known as Noto Kongo. The coast just north of Kanazawa is one long beach, but once you get up onto the peninsula proper, it becomes rocky and rugged. The Ganmon Rock arch marks the beginning of the really scenic section. If you really want to enjoy the stunning coastline, it’s necessary to follow the narrow, winding coastal routes 49 and 38. Both of these sections leave main route 249. Route 38 is particularly impressive and it starts just north of Souji-ji Temple (see following).

The most impressive temple on the peninsula is Souji-ji Temple, which is about 30 minutes’ drive south of Wajima. It’s a large Zen temple with two impressive main halls. It’s currently undergoing extensive renovations, but you can still enter the grounds and the halls. It’s well worth a stop for those interested in Japanese Buddhism. 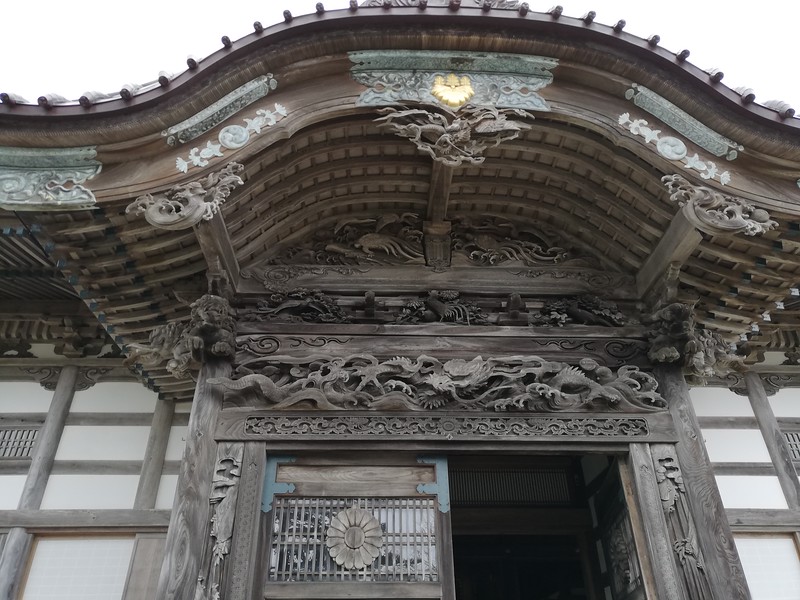 Wajima is the main town on the west coast of the peninsula. It’s famous for its lacquerware (urushi) traditions. The center of the town is well preserved, with some nice traditional buildings. On the southern edge of town, you’ll find the Wajima Museum of Urushi Art. And, from 8am to noon, you can check out the quaint morning market (it’s closed on the 2nd and 4th Wednesday). Wajima is a good place to stay if you’re looking for a reasonably priced hotel (see Noto Accommodations later on).

About 15 minutes’ drive north of Wajima you’ll find the much-photographed Senmaida Rice Terraces. These stepped rice paddies will call to mind scenes from Nepal or Bhutan. They’re now mostly a tourist attraction and not so much a traditional local farm, but they’re certainly pleasant to look at. 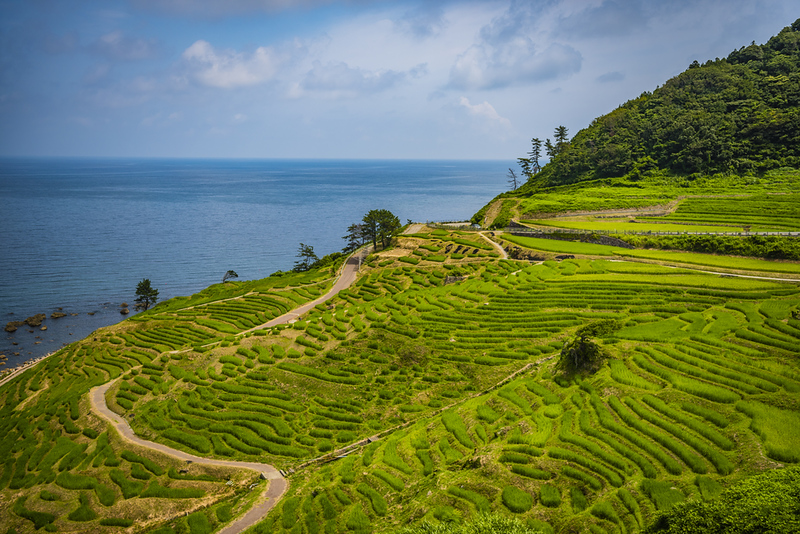 About 45 minutes’ north of Wajima, shortly before the northern tip of the peninsula, you’ll find the Suzu Salt Farm Village. Here, you’ll find several working salt “factories” producing salt from seawater in the traditional way. We checked out one called Shinkai Shio Sangyo (新海塩産業; see photo below). They were friendly and had some explanations written in English. 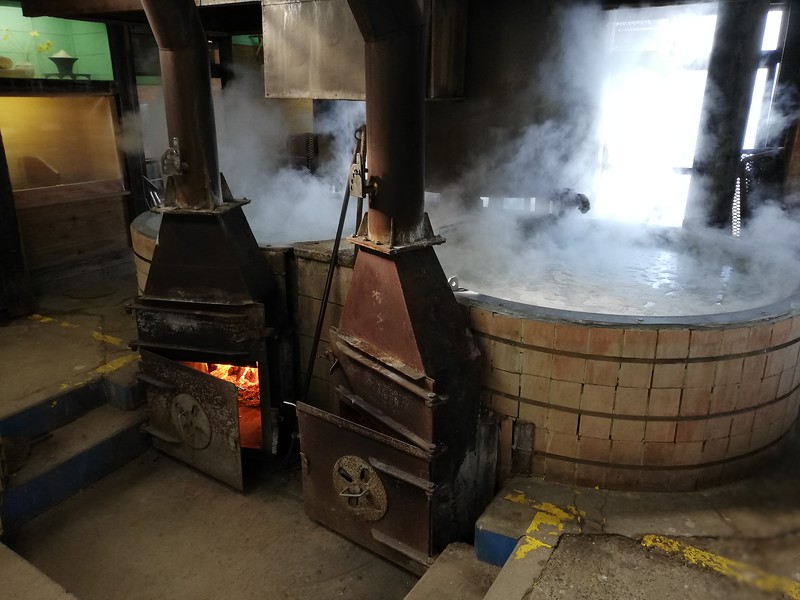 The northern point of the peninsula is Cape Rokko-saki. You can walk out to the lighthouse near the point. Just southeast of the cape is the stunning Lamp-no-Yado Ryokan, which is situated amid the rugged rocks of the coast (see Noto Accommodations for details). 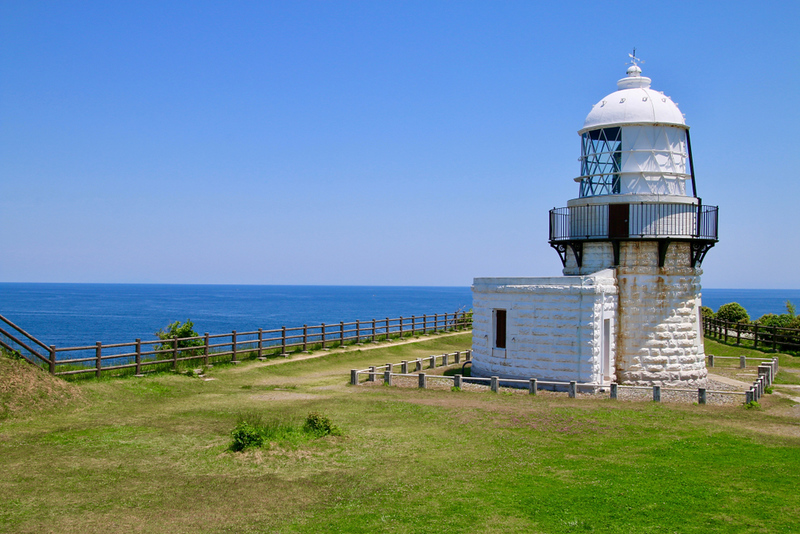 Located in a bay on the east side of the peninsula, Wakura Onsen is part of the city of Nanao. It’s relatively scenic, but suffers from the usual development typical of any popular Japanese onsen (think large concrete hotel buildings). Still, there’s a good public onsen in the center of Wakura Onsen called So-yu Onsen. It’s worth a quick soak when passing through the area. 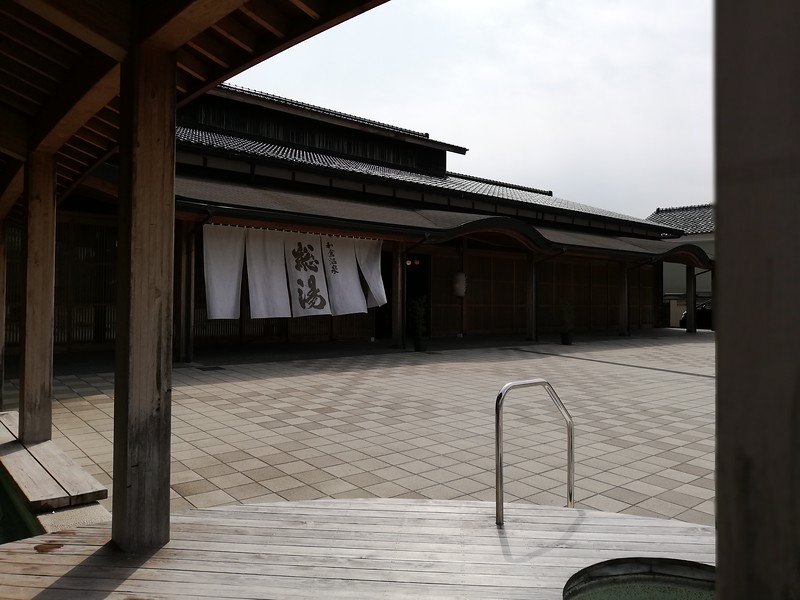 :: Check availability and pricing on Booking.com or Agoda.com
This comfortable and efficient business hotel in Wajima is a great choice. It’s located on the harbor, within easy distance of the Morning Market and other sights in Wajima. The rooms are small but well kept. All rooms have en suite, and there’s also a great onsen in the hotel.

:: Check availability and pricing on their website.
Located right near the northern tip of the peninsula, this superb ryokan occupies a commanding position on the rocky coastline. The rooms and food are excellent, but the real highlight is soaking in the hot baths while gazing over the waves of the Japan Sea.

Flatt’s by the Sea

:: Check availability and pricing on their website.
Run by an Italian-Japanese couple, this lovely inn on the east coast of the peninsula offers comfortable accommodations and wonderful food. It’s a great place to stay while on the east side of Noto. 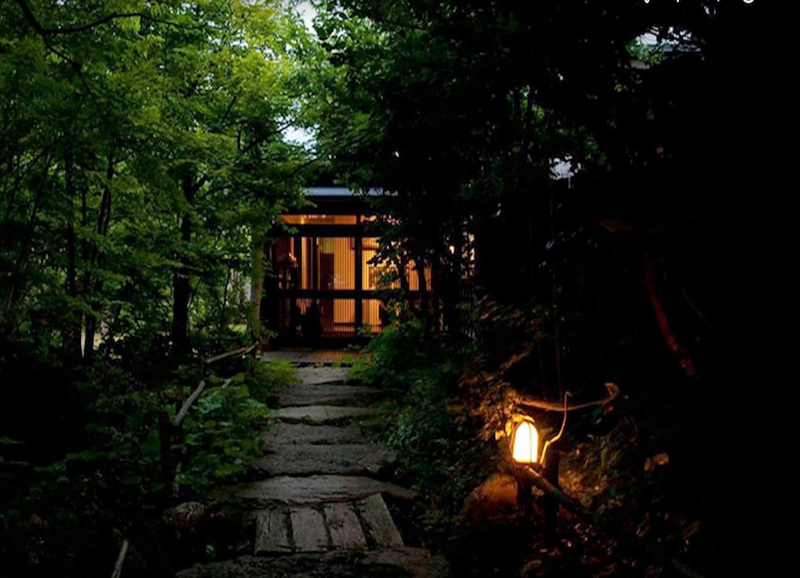 Flatt’s by the Sea – image © flatt.jp

:: Check availability and pricing on Booking.com
This magical ryokan on the east coast of the peninsula is the most luxurious place to stay on Noto. It overlooks a beautiful little bay and many rooms boast fantastic views. The food, the baths, the service and the rooms are all top notch. Just check out the pics! 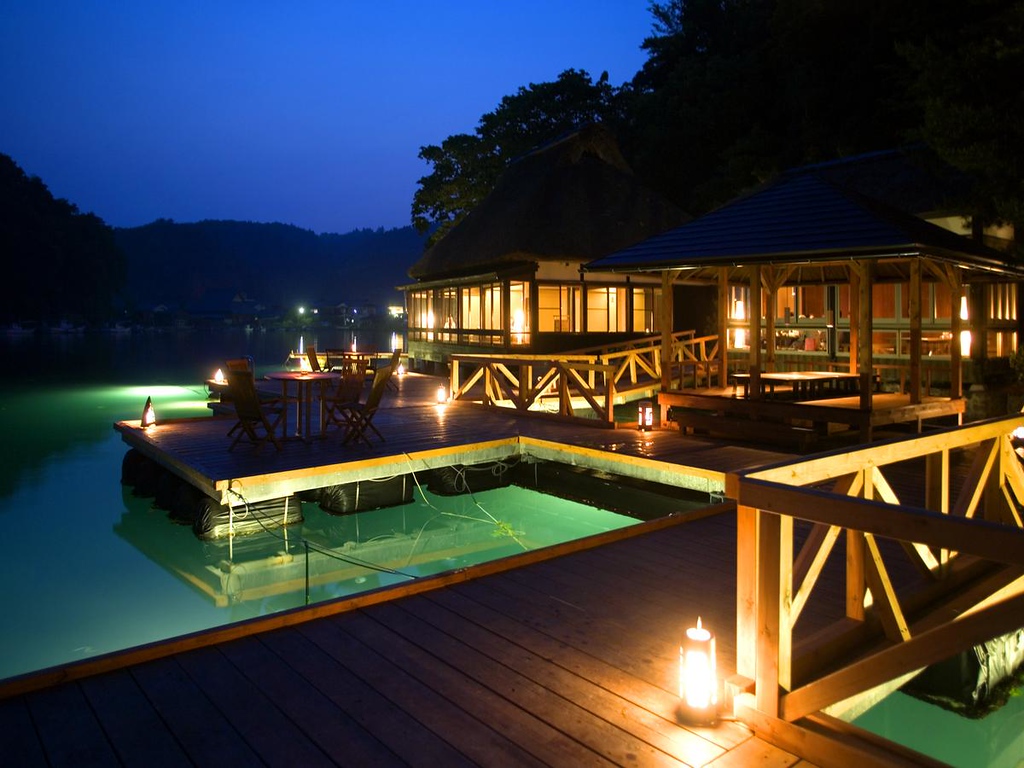 :: Check availability and pricing on Booking.com or Agoda.com
Tadaya is the best place to stay in Wakura. The hotel has its own onsen and some rooms have private onsen baths overlooking the sea. The food is excellent and the rates are reasonable for the quality of the rooms. 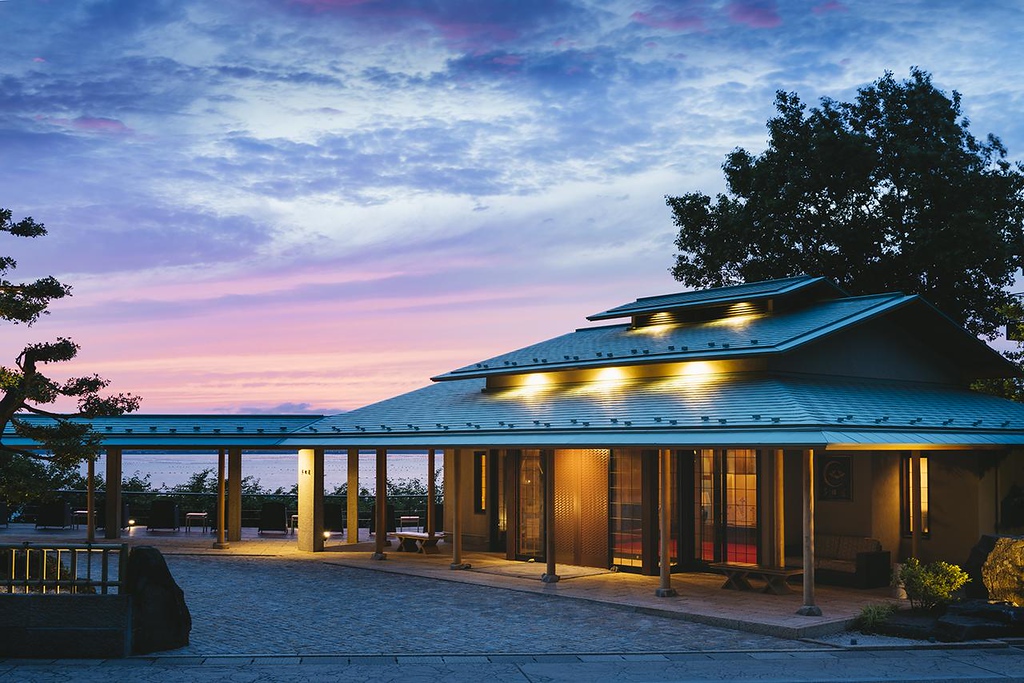