Kyoto is a city of hidden treasures – you have to step through doors and gates to find the best the city has to offer. Nowhere is this clearer than with GEAR, a fantastic show held in the 1928 Building in downtown Kyoto. You could walk by the building a hundred times and not realize that a veritable supernova of creativity unfolds daily behind those drab brown walls. 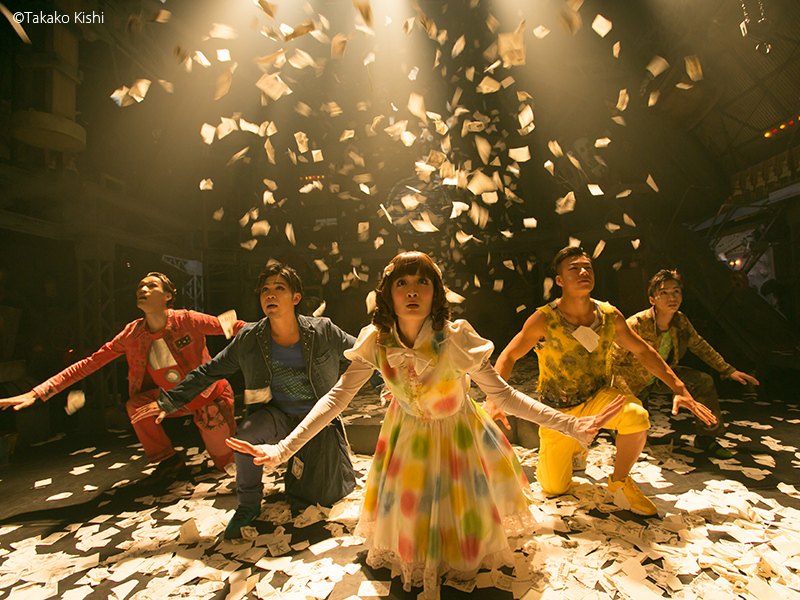 With its debut in 2012, GEAR filled a huge gap in Kyoto. The city has always been strong on high culture. You can spend days here gorging yourselves on beautiful temples, gardens, ceramics and textiles. And, if you’re so inclined, you can immerse yourself in the otherworldly spectacles of kabuki and no drama. But, for plain old-fashioned entertainment, something even the kids will love, there wasn’t much to do beyond movie theatres and bowling alleys. Now, with GEAR, there’s something the whole family can enjoy, rain or shine, regardless of their interests, language ability or age.

GEAR is a non-verbal performance that brings together music, dance, magic, and truly groundbreaking set design and lighting effects. Some might find it reminiscent of other well-known non-verbal shows like Blue Man Group and STOMP, but it’s sufficiently different to warrant its own genre. Here, instead of making music themselves, the performers mostly react to it, and their actions are illuminated by lighting effects that will literally take your breath away. 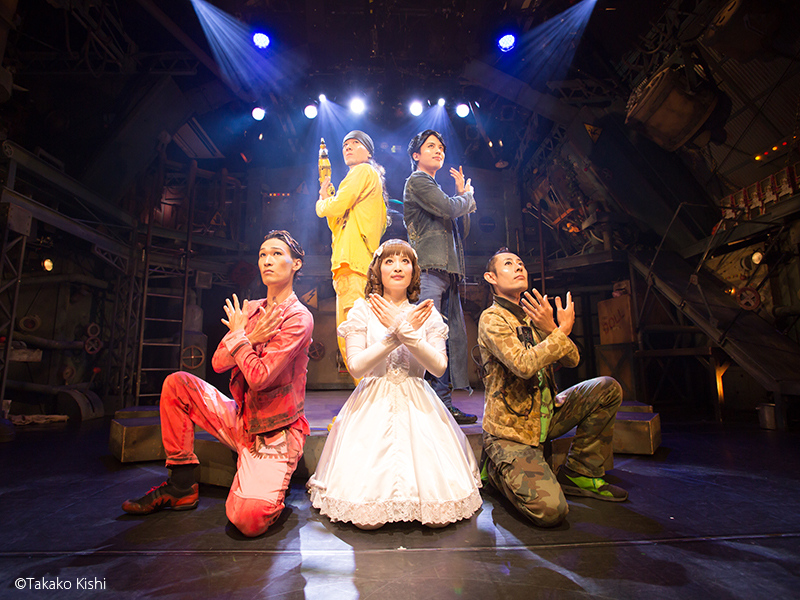 When you enter the rather cramped seating area of the 1928 Building, you will find yourself looking at a stage set that looks like a steam punk workshop. After some initial announcements and a bit of explanation, the lights go dark and suddenly, the entire set is illuminated with an incredible tracery of lights, reminiscent of Tron. At once, you realize that you are in for something very special.

The story goes something like this: Four Roboroids (robotic androids) remain in an abandoned toy factory, mindlessly going through their old actions, until one of the old products of the factory, a doll, suddenly comes to life. One by one, she brings the Roboroids to life. Each of the Roboroids has a different specialty: magic, mime, breakdancing and juggling. The story, while interesting enough, mostly serves as a vehicle for the incredible performances of the four Roboroids and Doll. And, it is simple enough to be understood and enjoyed by children.

The magic of GEAR is the incredible interplay between the performers and the lighting designers. The technological artistry here is on the level of the best of a great Ok Go video. At several times during the show, particularly during the climactic scene with Doll, you will be utterly transported and dazzled. 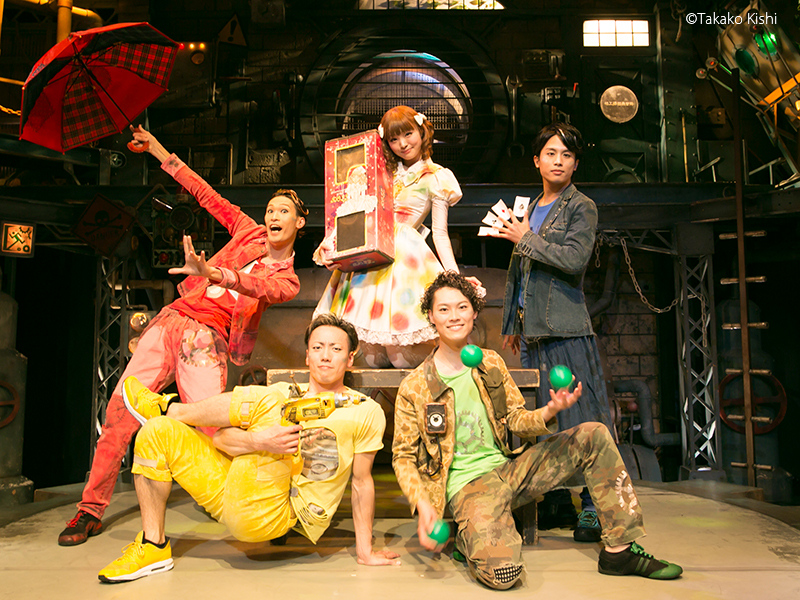 Regarding GEAR, I have a confession to make: The producers of the show had been after me to check out the show since they opened in 2012. However, I kept putting it off. I’m not a huge fan of mass-appeal stage shows and I assumed that the show was going to be simplistic and kitschy – something strictly for tourists. I finally made it to a show in the spring of 2018. Within minutes of the lights going down, I knew that I had missed a huge opportunity. I wish I had seen the show much sooner so I could have recommended it to my friends, family, tour guests and readers of Lonely Planet and InsideKyoto.com. I’m now trying to make up for lost time.

The best thing about GEAR is that it “completes” the Kyoto experience. For when you visit Kyoto, you spend your days marveling at the genius of traditional Japanese culture: the incredible attention to detail, the technical virtuosity, and the hypnotic fantasies of the performing arts. But, you are left wondering: Where did it all lead? What’s happening today? GEAR answers that question brilliantly: The genius of the Kyoto artistic spirit is alive and well and performing daily at the 1928 Building.

In closing, I have one prediction. Until now, visitors to Kyoto were often asked: Did you see the Golden Pavilion? Did you see a geisha? I can see a day where people will ask instead: Did you see GEAR?

Tickets
Tickets can be booked online or over the phone (see below). Tickets can also be purchased at the venue Mon-Sat 10am to 7pm and Sundays/holidays 9am to 7pm.

Nearest Hotels:
:: Check availability and pricing for hotels near GEAR on Booking.com or Agoda.com.