Okazaki-koen, located in Kyoto’s Northern Higashiyama district, is home to two of Kyoto’s best museums, a concert hall, a major shrine (Hiean-jingu Shrine) and some great park space. It’s a great place to spend an afternoon while in Kyoto. 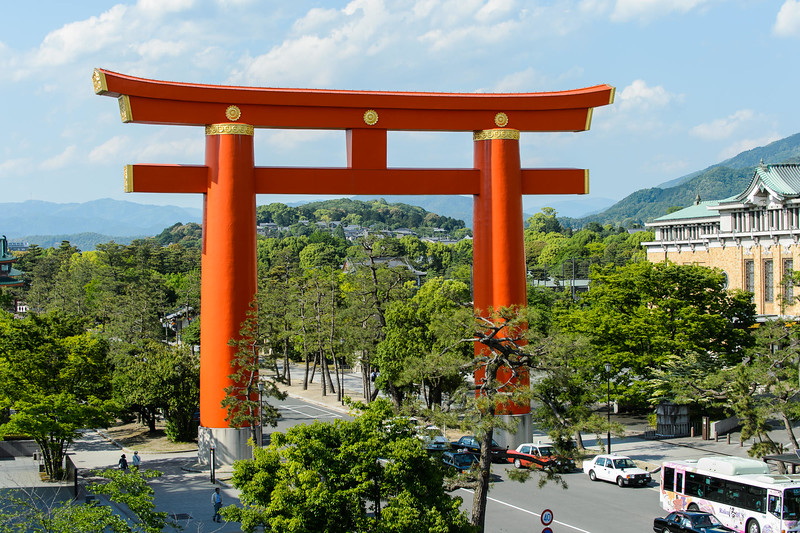 A short walk north of Higashiyama Station on the Tozai subway line, you’ll find Okazaki-koen, which is best known as Kyoto’s museum district. Unlike the rest of Kyoto, which can feel cramped and crowded, the Okazaki-koen area is marked by wide streets, spacious sidewalks and plenty of open space. The name means Okazaki Park but it’s not a park in the traditional sense of the word. It’s really just a district, with several nice green spots and sports fields scattered about. In Okazaki-koen you’ll find the Kyoto Municipal Museum of Art, the Kyoto Museum of Modern Art, and the sprawling and gaudy Heian-jingu Shrine. There’s also the Kyoto Zoo and Kyoto Hall (a concert hall and event space). If you get hungry while exploring, you’ll find several good restaurants and cafes nearby. 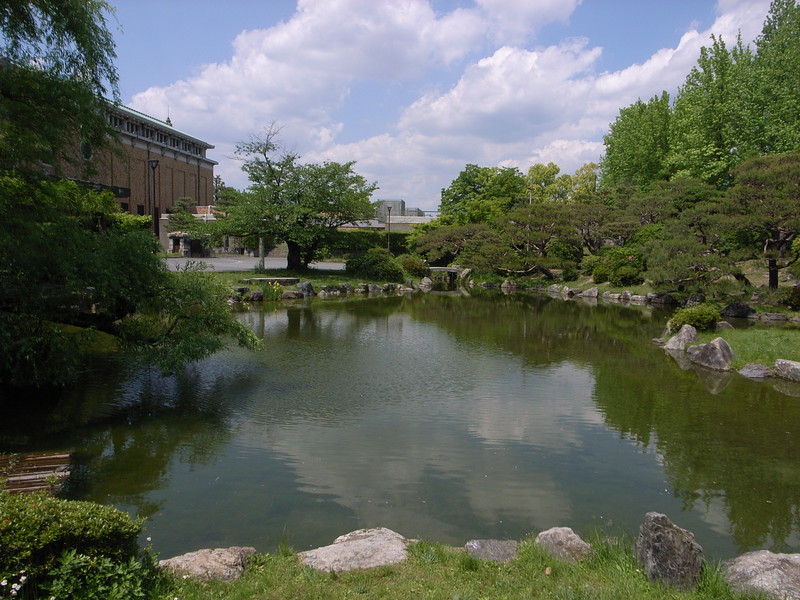 Things to See and Do

The Kyoto City KYOCERA Museum of Art plays host to some of Kyoto’s most interesting art exhibits. There is no permanent collection: All shows are special exhibits. Two of my favorite shows of the year are held here: the Kyototen (held every June), which highlights the best artists working in Kyoto; and the Niten (held every January), which highlights some of the best artists working in Japan. Other shows include visiting exhibits from around the world. You can usually enter part of the exhibits for free and it’s always worth stopping by to see what’s on. Whatever you do, don’t miss the beautiful pond and garden behind the museum. This is a great place for a picnic and a nice spot to bring the kids for a bit of play in the open air. And if there’s a good exhibit on, parents can take turns visiting the museum while the other watches the kids outside.

The National Museum of Modern Art is a compact museum that hosts world-class visiting exhibits of modern art. There is a small permanent collection which features some interesting works by both Japanese and foreign artists of the 20th century. The Café Canal, on the south side of the museum, overlooks an eponymous canal and it’s a nice spot for a coffee break while in the area. You don’t have to pay to enter this part of the museum.

A two-thirds size reproduction of Kyoto’s original imperial palace, Heian-jingu is one of the city’s most popular Shinto shrines. It’s very popular with large tour groups, who flock to the place to pose for photos in front of its gaudy vermillion buildings or beside the vast torii (Shinto shrine gate) which sits about 200 meters south of the main entrance to the shrine (between the two above museums). There is a spacious garden behind the main hall of the shrine, which costs Y600 to enter. It’s not the most sublime garden in the city, but it’s beautiful when the cherries are blossoming.

The Kyoto Museum of Crafts and Design is a small museum that highlights Kyoto’s traditional industries. It’s located a short walk from the National Museum of Modern Art. To get there, exit the museum and walk north (toward Heian-jingu Shrine) and turn left at the police box. Walk west until you see the large hall on your left. It is not the best museum in the city, but it’s free and very informative. It’s a nice addition to a visit to the bigger museums nearby and a good activity on a rainy day. It’s a little tricky to find: It’s in the basement of the Miyako Messe Hall. After entering Miyako Messe, look for the escalators that are located roughly in the middle of the middle. Take the escalator to the basement floor and look for the entrance near the bottom of the escalator.

Kyoto Hall is a large concert hall and event space located across the street from Miyako Messe. This is where major Japanese touring musical acts hold their concerts. It’s unlikely to be of much interest to travelers. It’s presently undergoing a major reconstruction. Perhaps it will host larger international acts when it’s finished.

The Kyoto Zoo is not a world-class zoo and I’m always a little depressed by the conditions in which the animals are kept here. But, because it’s a zoo, it’s a good place to bring small children, especially those who have had an overdose of temples, shrines and gardens. 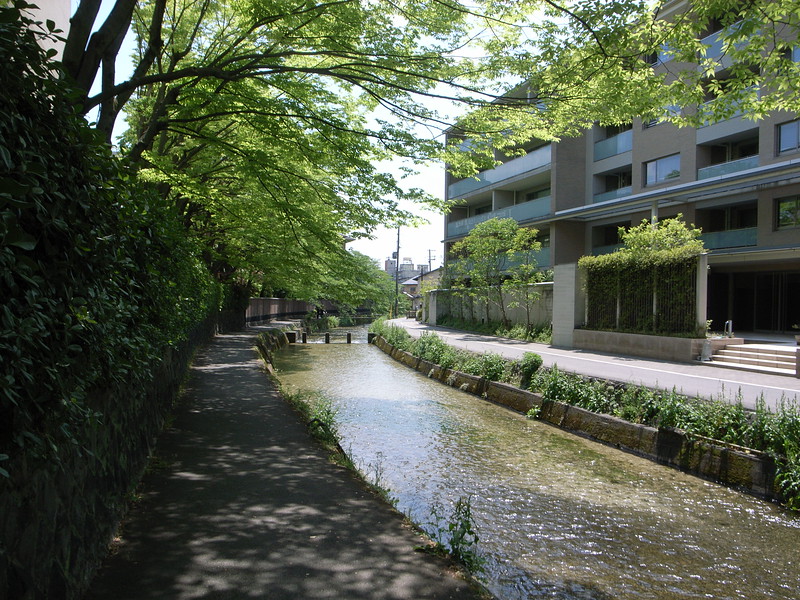 A short walk west of Okazaki-koen, at the northwest corner of the Nijo-Higashioji intersection, you’ll find one of my favorite Kyoto ramen restaurants: Karako. This place serves a mean bowl of koteri (thick and rich soup) ramen. It’s a good spot to fill up on something heavy while in the area.

How to Get There

If you’re coming from the Kyoto Station or Downtown Kyoto, the best way to get to Okazaki-koen is to take the Tozai subway line to Higashiyama Station. Exit onto street level via exit #1 and then take your first left down the narrow street. Take a right at the end of the street and walk until you reach the bridge over the Shirakawa Canal. Follow the sidewalk that runs along the canal and you’ll find yourself at the south side of Okazaki-koen (look for the giant vermillion torii shrine gate). You can also reach Okazaki-koen by a number of Kyoto city buses, including No 1, which runs to/from Kyoto Station. Finally, if you’re using the Keihan Line, the park is within walking distance of both Keihan Sanjo and Jingu-Marutamachi stations.